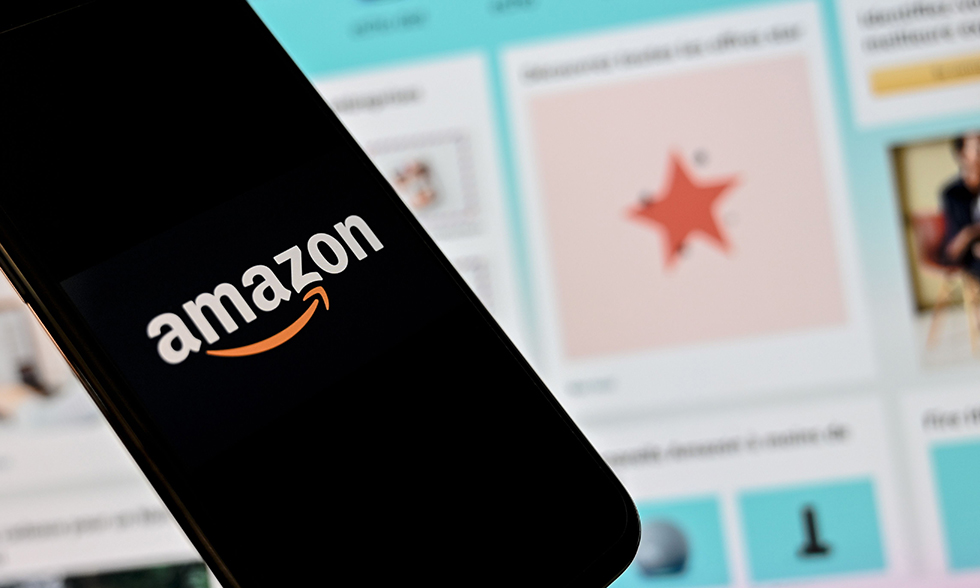 Amazon under pressure to lift ban on selling e-book libraries

Amazon’s refusal to sell internally published eBooks to libraries is drawing backlash as demand for digital content surges during the coronavirus pandemic.

Librarians and advocacy groups are pushing for the tech giant to allow its published e-books to be distributed to libraries, arguing that the company’s self-imposed ban drastically reduces public access to information .

“You shouldn’t need a credit card to be an informed citizen,” Michael Blackwell, director of St. Mary’s County Library in Maryland, told The Hill. “It is vital that books continue to be a source of information and that these books are discovered democratically through libraries.”

A petition launched last week by Fight for the Future, a technology advocacy group, calls on Congress to pursue an antitrust investigation and legislative action against Amazon for its ban on selling e-books to libraries. Tuesday afternoon, it had nearly 13,000 signatures.

“At the end of the day, if you can’t find [an e-book] in a library, where are you going to buy it? Kindle,” said Fight for the Future activist Lia Holland, referring to Amazon’s online e-book store.

Amazon said it is in talks to allow its eBooks to be licensed by libraries, but so far public institutions are unable to access Amazon’s digital titles.

The problems with library eBooks go beyond Amazon. Traditional publishers have become increasingly restrictive when it comes to e-books, Blackwell said, but they are at least providing options for libraries to license and distribute these books.

The crux of the matter is how e-books are sold. While libraries can lend out physical copies of purchased books for as long as they last, libraries must adhere to licensing agreements that limit how long they can keep eBooks in circulation.

But unlike their traditional publishing peers, Amazon does not allow libraries to purchase the eBooks it publishes, leaving no opportunity for libraries to access what Amazon says are “more than a million digital titles “that consumers “won’t find anywhere else.”

As Amazon ramps up publishing, critics fear even more books will be available to libraries.

An Amazon spokesperson said the company is in “active discussions” with the Digital Public Library of America (DPLA) to make its eBooks available for library distribution.

The company expects to “test a number of different models” early next year, the spokesperson added.

“We believe that libraries serve an essential function in communities around the world. countries, and our priority is to make Amazon Publishing eBooks available in a way that ensures a viable model for authors, as well as library users,” the spokesperson said.

Amazon declined to provide details regarding pricing or the duration of licensing agreements it plans to test in 2021.

Michele Kimpton, director of business development and senior strategist at DPLA, said Amazon had been in talks with the group since the summer about making their published e-books available.

If a deal is struck, the DPLA would be able to provide Amazon’s digital content to libraries nationwide under license through the DPLA’s content exchange platform, Kimpton said.

“I’m thrilled that DPLA was able to take this step forward with Amazon and hopefully provide that pathway so that libraries can access books from Amazon in a way that might not have been possible. otherwise,” Kimpton said.

Blackwell said if a deal is reached for Amazon to share its content through the DPLA, it could be “a wonderful and important development for library readers.”

But a deal is far from set in stone, and librarians and advocacy groups are stepping up a pressure campaign that dates back to 2019.

Last year, the American Library Association submitted comments to the House Judiciary Committee as part of an antitrust probe into tech companies. The group wrote that “the single biggest impediment for libraries are marketplace bans,” such as Amazon’s, which denies libraries access to e-books by big-name authors like Dean Koontz, Mindy Kaling and Mark Sullivan.

The library association highlighted its comments noting the rise in popularity of e-books. Demand has only increased during the pandemic due to limited in-person services.

Blackwell said St. Mary’s County Library saw a 40% increase in e-book requests over the past year. The Los Angeles Public Library, which serves one of the largest populations of any public library in thThe nation has also seen the circulation of e-books increase by more than 40% during this period.

Between March 1 and November 30 of last year, e-book circulation at the Los Angeles Public Library was about 2.7 million. During the same period this year, it was more than 3.9 million, according to figures shared with The Hill.

“We need to explain to users that the issue is with Amazon’s licensing policies and that the library has no way to acquire the desired title and make it available,” Royalty said in a statement.

Amazon is not the first publishing company with which libraries have fought over e-book licensing terms.

Last year, Macmillan announced plans for an eight-week embargo before libraries could purchase a new e-book release. The libraries announced a boycott, and Macmillan later said he would abandon the plan, stating “there are times in life when differences must be put aside”. The publisher said it will revert to the library e-book pricing model that was in effect before November 2019.

While major publishers’ terms aren’t always what librarians might consider fair, the e-book distribution option is more than what Amazon offers, Inouye said.

“We think the prices are too high, but at least it’s a market debate, or a dispute, or a question. It’s a very different thing when it’s, “Well, we’re not going to sell it to you at all,” Inouye said.

Two states have proposed legislation to regulate Amazon’s ban on selling e-books to libraries. State senators from Rhode Island and New York this year proposed bills that would require publishers to offer e-book licenses to libraries on reasonable terms.

A spokesperson for State Sen. Rachel May (D), sponsor of the New York bill, said the senator will pursue the legislation in the next legislative session.

“New York’s public libraries are one of the state’s greatest assets. In order to fulfill their democratic function, librarians must be able to access the materials their patrons need under fair and equitable conditions,” May said in a statement.

“It could be very unfavorable for libraries if it did. We don’t have the money, the resources, the appeal in a way that a corporate giant like Amazon has,” he said.

But he said he would prefer to see Amazon engage in a dialogue with librarians to try to reach an agreement.

“We hope the legislation doesn’t have to happen,” Blackwell said. “But if we can’t find a way for people who often have the least advantage in society to access books through libraries, we may have to look for that as an alternative.”

The Hill has removed its comments section, as there are many other forums for readers to join in the conversation. We invite you to join the discussion on Facebook and Twitter.

John Lennon’s last happy days were as he thrived on music, the book says, “You Can Feel That Positive Emotion”