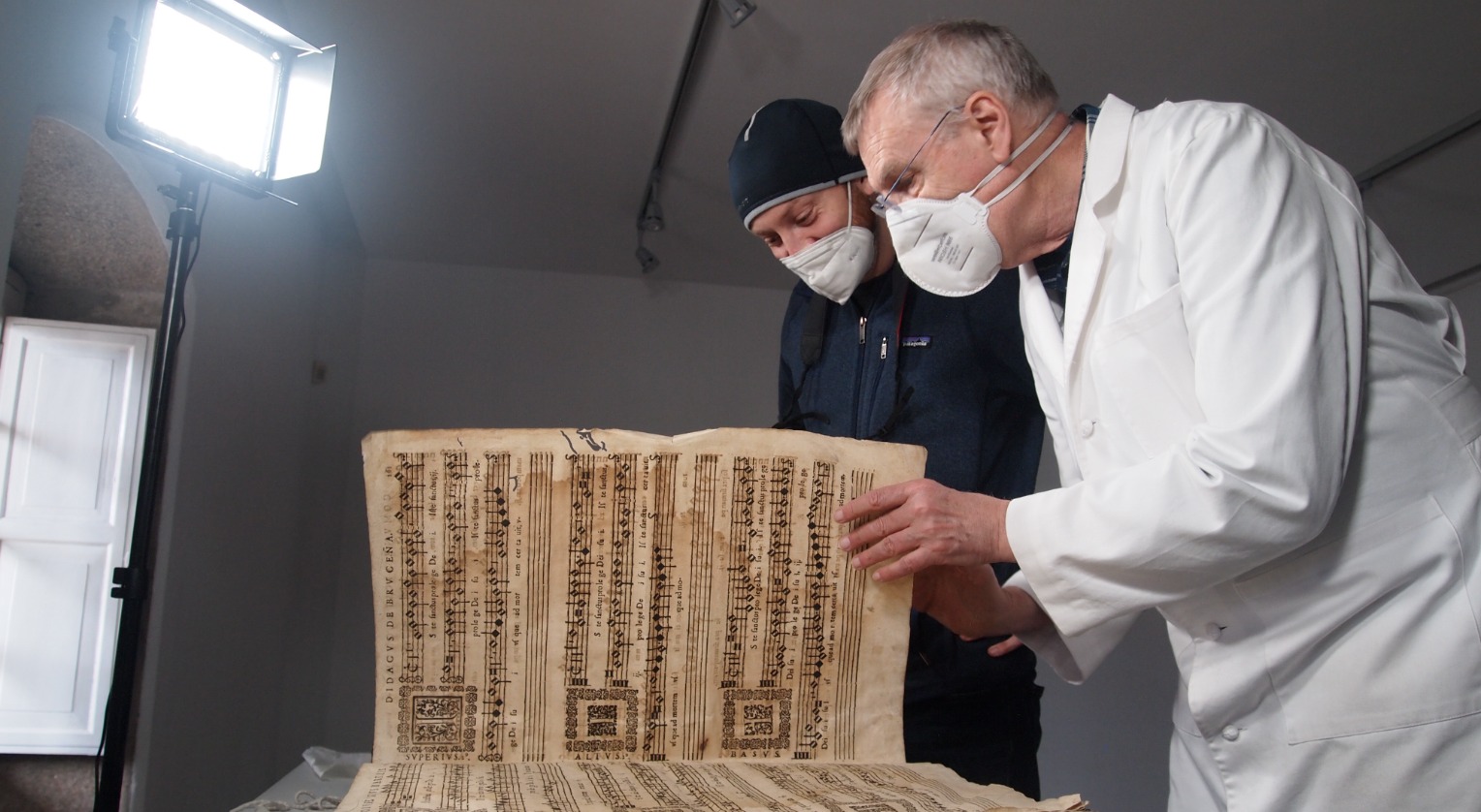 A team of Boston College professors traveled to Portugal over spring break in search of a 400-year-old songbook created by an accomplished but quiet composer, according to Michael Noone.

“I began to discover that she not only had a name, but that she was the most prolific printer of sacred music in all of modern Spain,” said Noone, the leader of this project and president of the BC music department.

Noone said the book, which was written by Susana Muñoz, has deep roots in the Jesuit tradition, connecting it to British Columbia’s own Jesuit heritage.

Noone said he hoped to commemorate the anniversary, so he went to the Burns Library to find a book about the original ceremony that took place in 1610 for inspiration.

“I went to the Burns Library and dug up a book from 1610 that told of all the festivities that took place at a Jesuit college – the University of Salamanca – in Spain in 1610,” Noone said.

While looking at this book, Noone said he saw something that caught his eye.

“What caught my eye was the printer,” he said. “There is a 260-page description of all the performances and festivities that took place in 1610, but on the title page it says ‘by the widow of…’ and then a man’s name.”

The book only acknowledged Muñoz’s husband, dismissing Muñoz as a respectable printer because of his gender, which Noone says is indicative of historical female oppression.

“In the 17th century, women were [only] somebody’s mother, somebody’s daughter or somebody’s widow,” Noone said.

So no one wanted to know more about this woman, he said, starting with her name.

“So I went to Salamanca about two years ago,” Noone said. “I found out the woman’s name. Her name is Susana Muñoz.

Noone soon discovered that Muñoz was the most prolific printer of sacred music in early Spain. After finding a contract between her and a composer, Diego de Bruceña, Noone learned that there were copies of Muñoz’s work somewhere, he said.

“This [said] exactly how many days the printing contract was to take place, who was going to be responsible for funding the paper, ink and proofreading,” Noone said.

But even with proof that this 400-year-old musical book existed, Noone said he had no definite proof of its whereabouts, which led to its journey.

Noone said he traveled to Portugal to explore various archives, eventually discovering that the book may be in a small town called Miranda do Douro.

Matthew Naglak, digital scholarship librarian at BC and a member of Noone’s team, said the BC researchers traveled to Madrid before heading to the city, located just over the Portuguese border.

“We spent most of our time in the city museum, which housed the choir book and a bunch of other artifacts,” Naglak said.

After locating the book, Noone said his team took photos which will then be shared with the BC community. But before the photos were released, Noone said the team would finish transcribing the book.

“We will have BC students involved in virtually every stage of the project,” Noone said. “We hope to become really good [and] transcriptions available… for everyone, as well as performances there.

The team hopes to include a top-down 2D imagery model of the book on the website so people can view and possibly perform songs from the book, according to Naglak.

“We actually have a relatively new method of high [resolution] scanning based on 3D modeling of individual pages from the choir book, then taking that actual 3D surface and exporting a top-down 2D image,” Naglak said.

Naglak said the team’s photography method avoids any possible damage to the book.

“The book itself is very fragile and can’t be transported to BC and also a bit moldy and falling apart,” Naglak said. “We really wanted to try and go for a non-invasive way of scanning the text because it couldn’t fit into a standard scanner to [fear of] he is hurt more.

Although the process of digitizing the book is slow, Naglak said he enjoys traveling to a new place and using technology to connect different parts of the world.

“My background is actually in archaeology, so I like to travel and see old things from all eras,” Naglak said.

Noone said this book is incredibly important to the BC community, not only because it is rooted in Jesuit tradition, but also because of the heightened importance of sharing music after the challenges posed by the COVID-19 pandemic.

New e-book: diving through the decades