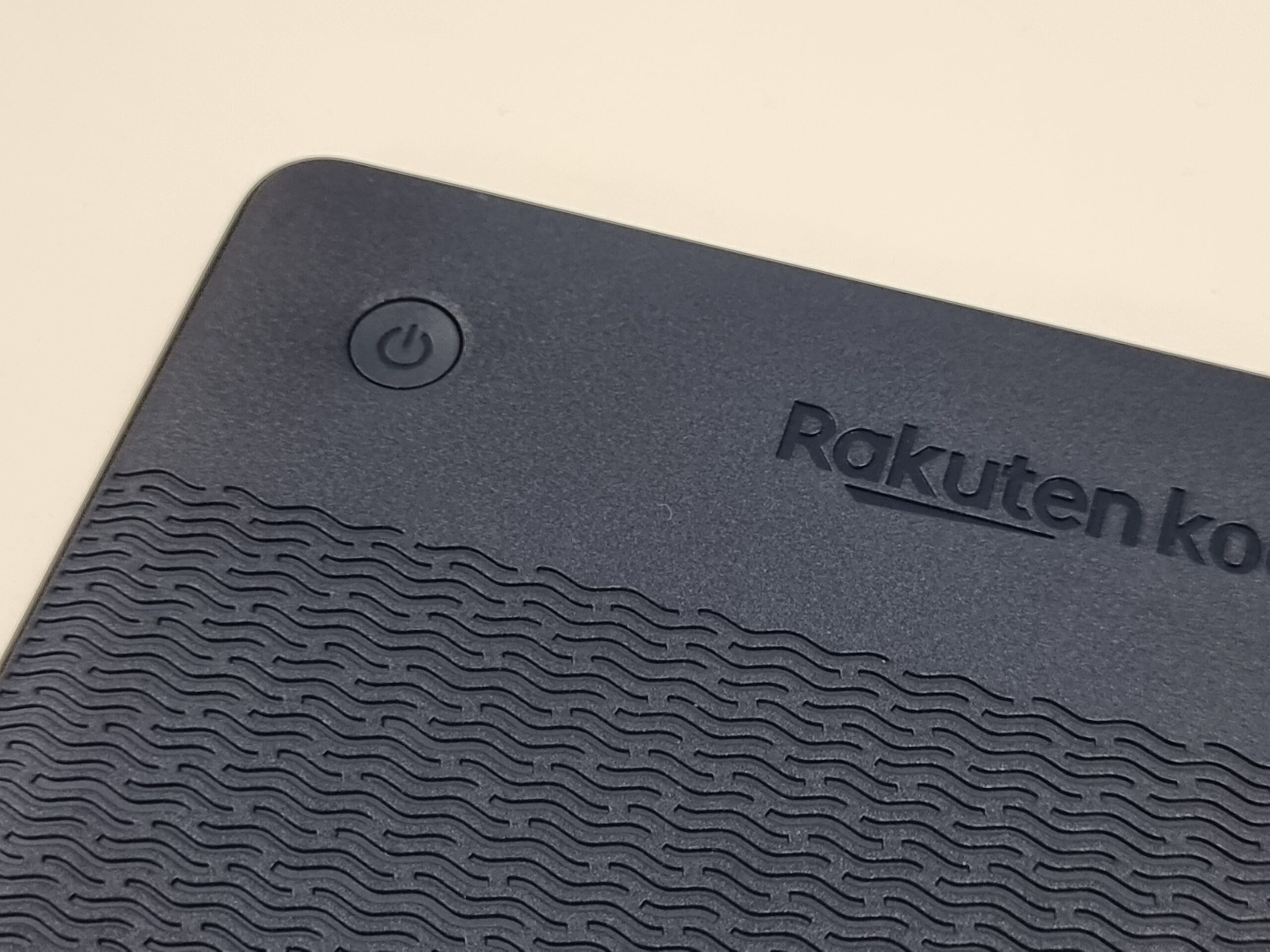 As for e-ink tablets – where the reading you get is crisp as a printout on paper, and without the glare of an LCD screen – there are decent, competitive options beyond an Amazon Kindle. well known.

It features a 6-inch screen with a resolution of 300 pixels per inch, 16GB of storage, IPX8 water resistance that can withstand an hour underwater, and an 85% composite body. of recycled plastics.

As with other Kobo e-book readers, one of the biggest selling points for users in Singapore is OverDrive, which allows you to directly log in and borrow e-books available from the National Library Board (NLB) catalog. ).

At first glance, the device has obvious similarities to the Kindle series, not that there’s anything wrong with it.

The Clara 2E has a well-made body that’s sturdy enough for a day at the beach. Its back has a ribbed texture for better grip, and although the colorway is described as dark blue, it can look quite close to black.

The Clara 2E measures 112 x 159 x 8.66mm and weighs 171 grams. This eReader will be among the lightest and most portable you can find on the market.

According to display maker E Ink, the Carta 1200 panel resulted in a 20% improvement in response time over its predecessor Carta 1000 and a 15% improvement in contrast ratio.

While the better contrast is welcome, the response time improvements are less significant. E-ink displays are designed for comfortable consumption of high-contrast static materials on a paper-like experience. I’ve seen animated banners when loading some pages on the built-in browser, they can’t be fluidly described – but that’s not what you’re using an e-ink screen for.

One of the benefits of e-ink displays is that they provide a matte, capacitive experience without requiring a glass panel on top. The glass would have increased glare under the sun and made the display less sharp.

The Clara 2E is designed with a sunken screen and protruding bezels. I found this perspective appealing because it made the whole setup look even more paper-like, while reducing glare.

Under the hood, the Clara 2E has a 1GHz dual-core processor, 512MB of RAM, and 16GB of onboard storage. The latter is double its predecessor Clara HD and is certainly welcome for loading non-text material like manga and comics onto the device.

The Clara 2E also supports audiobooks, which the Clara HD did not have. From what I can tell, it only works with audiobooks purchased from the Kobo Store and requires a Bluetooth headset or speaker to work (there’s no built-in speaker).

IPX8 water resistance is also new, which greatly enhances the Clara 2E’s appeal and its use case as a versatile portable player.

The Clara 2E’s 1500 mAh cell is larger than its predecessor and provides “weeks” of use. I’m not able to verify this personally, as I didn’t have to charge the device through its USB-C port during my tests. I used the device for an hour of reading and tinkering for a few days.

The Clara 2E can be purchased with its SleepCover cases (which are also made from recycled materials). I highly recommend them.

They have a contemporary, low-profile look that also fits snugly on the e-reader, provides drop protection without bulk, and can be folded up to serve as a stand.

The Clara 2E supports WiFi 802.11a/b/g/n/ac but not cellular connectivity. No problem, because playback material can and should be pre-charged so as not to overload the battery.

The device also has a warm backlight feature called ComfortLight, which basically gives the screen an orange tint like most cellphone night modes.

The Clara 2E’s interface offers fewer recommendations than the Kindle’s. The Kobo Store also presents previews differently. Although this is down to personal taste, I felt the Kindle made better use of the screen real estate for displaying electronic collections.

The Clara 2E’s menus sometimes felt more like a Windows interface that can be interacted with via a touchscreen, while the native Android Kindle felt more mobile-first.

The Clara 2E offers 12 different font types and 50 different font styles, which in my memory is more than the number of options available on a Kindle. That’s a plus, because customizing the text is key to a more enjoyable reading experience.

To get real, I downloaded an e-book and took the Kobo Clara 2E out for a spin.

(For the curious, the e-book was Like, Comment, Subscribe: Inside YouTube’s Chaotic Rise to World Domination. It’s a great insight into the trials and tribulations of YouTube in automating and regulating its management of the pool in full boom in contributors and content. )

Tucked comfortably into the SleepCover, the Clara 2E is comfortable to hold and read with one hand. The text was very crisp and I appreciated being able to quickly adjust the font size with gestures.

Even without the case, the polycarbonate shell with its rounded corners was slip-resistant and fingerprint-resistant, and quite comfortable to hold compared to many slippery cellphones today.

The Clara 2E’s bezels may be huge, but they’re unobtrusive and, due to their size, in fact offer a very good grip and ergonomics.

My only complaint is that while the 6-inch screen makes the device portable, I find a 6.8-inch screen more optimal for reading. After adjusting the font size for a comfortable reading distance, I wish there was more screen real estate to read on such a small device.

The reading experience is generally excellent. When I was on the bus and the sun was shining directly on the device, there was no “glass reflection” that interfered with reading while exposing a host of fingerprints common to conventional screens.

While I often get headaches from staring at a screen on moving vehicles, I experienced none of that on my forty-minute commutes reading the Clara 2E.

The Clara 2E is generally responsive, though I found its visual cues just less fluid. The Kindle takes a better approach to screen refresh with a more progressive two- to three-step animated sweep over one second.

In comparison, the Clara 2E tends to freeze for the second before updating the whole screen, which feels like a lag when it comes to the user interface (UI) design alone.

Accessing the NLB e-book catalog through the built-in OverDrive feature is a pretty painless affair. Filling in the registration and login forms can be a bit confusing, but luckily you only need to do it once.

Notably, the e-ink screen response (likely in combination with the screen refresh animation) is not designed for smooth panning web pages, such as when the pop-up keyboard hides text fields .

After creating an OverDrive account and logging into the NLB myLibrary account through it, I was able to immediately browse the eBook collection and borrow them, with a 20-day loan each time.

The Clara 2E also supports Pocket integration. With the Companion Widget installed on your laptop, desktop or mobile device and signed in to an account, you can easily save pages to read later on the Clara 2E, as long as you sync it before you leave home.

Overall, the Kobo Clara 2E is a great device with great value for money. No compromises have been made on screen quality, and the construction is simple and robust enough.

I can nitpick about how the UI refreshes, but OverDrive’s seamless integration for NLB eBook access and Pocket Reader support is really handy.

That said, one very real reason you might not dive for the Clara 2E is if you’ve already invested heavily in the Amazon ecosystem.

Kobo Marketplace seems to have a fairly comparable selection of hardware, but purchases certainly cannot be transferred between the two stores.

Many avid readers likely have access to Kindle owners’ lending library through their Prime subscriptions as well, and therein lies the walled garden snag many tech players use to lock users in.

All in all, the Kobo Clara 2E is a competent eReader that I would recommend. That’s as long as you’re okay with the 6-inch screen size and aren’t already locked into the Amazon ecosystem.