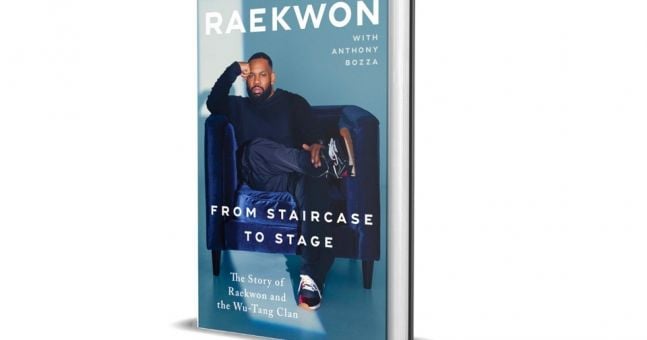 Music Book of the Month – “From the Staircase to the Stage: The Story of Raekwon and the Wu-Tang Clan”

“From Staircase to Stage” tells the gripping tale of famous word creator Corey Woods, aka Raekwon the Leader, and hip-hop heroes Wu-Tang Clan.

Raekwon’s foray into the autobiographical format does not disappoint. Growing up on the stairs of Park Hill in Staten Island, Raekwon describes his turbulent upbringing and the iconic rap group’s legacy in this fascinating memoir alongside Anthony Borza. Nothing is off limits: from the underground origins of the Wu-Tang Clan to the secrets of infamous songs and what it took to break into the mainstream.

Raekwon’s first solo album, Only built 4 Cuban Linx …, landed in 1995 to receive rave reviews and was instantly called a rap classic. It’s amazing to read the artist’s ideas from this chapter of the story, let alone his experience of becoming a father. The 320-page book also delves into her difficult childhood, with an absent father and a mother victim of domestic violence. His teenage years in the projects saw him witnessing guns, drug trafficking, criminal activity and gang killings. When the rapper escaped his rough life in the projects, he nonetheless stayed true to his Staten Island roots.

From the stairs to the stage Also includes Raekwon’s reminiscences of the fascinating rise to fame of the Wu Tang Clan, one of the most acclaimed and revolutionary hip-hop groups of all time. Overall a very compelling read.

Music Book of the Month – “From the Stairs to the Stage: The Story of Raekwon and the Wu-Tang Clan”